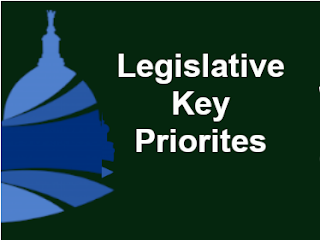 The legislative season for FWSP has started, coinciding with the 2022-21 State Budget. Budget hearings were held virtually in late 2020/early 2021 by the Executive branch. The Joint Finance Committee (JFC) is holding in-person hearings across the state. Policy Committee submitted FWSP legislative priorities to the JFC. The proposed budget includes a big raise for Stewardship but is unlikely to pass the legislature in the current form. There is an increase in Friends Group Grants from $250K to $1M in the proposed budget.
The Policy Committee will focus on educating members of the Joint Finance Committee and other key legislators on state land needs.
The Policy Committee will release a position paper with key priorities/talking points during the budget process. This will be promoted via different methods. We will be asking FWSP Board members and Friends Groups to contact their legislators.
FWSP 2021-22 LEGISLATIVE PRIORITIES-SHORT TERM 
LEGISLATIVE PRIORITIES-LONG TERM

If Stewardship is not passed, it might be necessary to close specific properties due to water, septic, and other infrastructure needs.

Friends of Wisconsin State Parks have been working with state legislators to support and enhance our state lands. Numerous board members testified or supported legislation that will have positive effects on the long-term operation of state lands during the 2019/20 legislative session.


There will be a huge boost for water facility and other infrastructure projects as the Parks Revitalization Act was signed into law by Governor Evers in February. The bill provides $5.2M for critical health and safety-related water projects in state parks. This bill is the second component of Senator Rob Cowles (R- Green Bay) sponsored bills that provides approx. $10M for state parks water infrastructure projects. Ticks are on the move which is causing an increasingly severe public health threat. Wisconsin Governor Evers recently signed four bills into law which will help protect state lands visitors.
Act 73 requires tick awareness signage on state lands where ticks are present. Act 74 requires tick repellant be available for sale at numerous state lands; including many local Friends Group stores.
Two other bills are also expected to pass, including a Lymes Disease (LD) awareness program and the establishment of a LD Task Force.
A measure to fund a LD Epidemiologist will likely not pass. These measures are a realistic start as Wisconsin has been lagging other states in LD legislation even though Wisconsin is the 4th worst state in the country for Lymes Disease.
Ever since General Purpose Revenue (GPR) was cut from State Parks in 2017, FWSP has worked hard to find a sustainable funding source for state lands. Resumption of GPR or other funding source is critical to help with an estimated $400M backlog of infrastructure repair and necessary building projects. Wisconsin is one of the only states in the country that relies solely on user fees to fund its state parks operation. Contact Policy Chairman Michael McFadzen if you can help in these efforts.

Watch Video here
Michael McFadzen has been involved in recreational and natural resource issues for over 20 years. Currently, Michael is the FWSP Policy chairperson which follows legislative and other issues that affect state parks, trails, and other state properties. 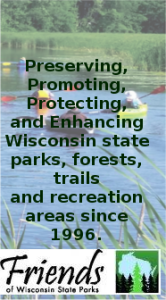